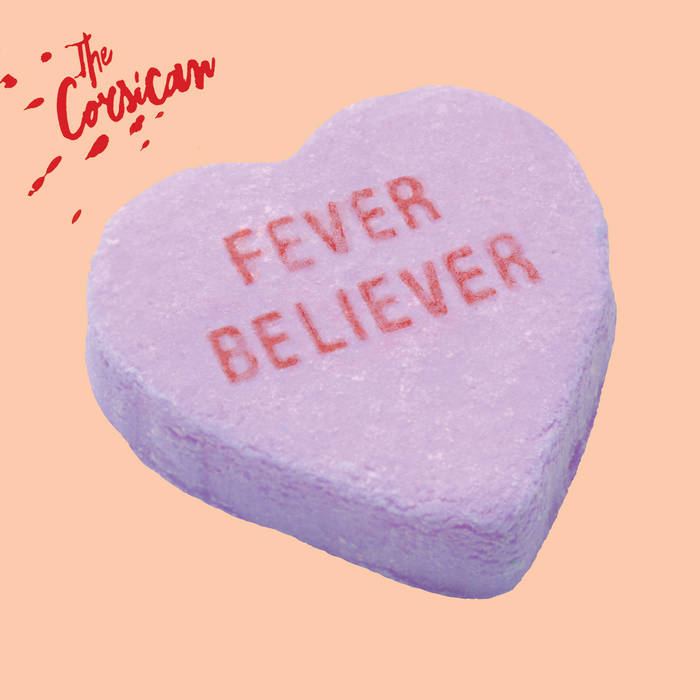 Josh Mckay, one-man-band writer/producer known for a wide range of projects (most recently as bassplayer in Deerhunter), offers up the debut of a new incarnation...
The Corsican, this month via a juicy Valentine’s 7” from Chunklet Industries.
This irresistible little platter reveals a widescreen, almost bipolar range, in its bold pairing of sides.
The Valentine’s A-side, “Fever Believer”, embodies a loose hi-energy collision of turn-of-the-70s rock splattered with copious redhot Moog freakouts and manic drumming. It’s all throbbing abandon and urgent emotion…
The B-side, “Love at First Sight”, is a deeply reimagined cover of the first solo single by iconic Welsh pop innovator, Stuart Moxham, (fka Young Marble Giants), during his short-run incarnation as The Gist.
It unfolds in a silky, subtle, slow-dance kind of way, smoldering as if in antidote to the howling swirl of the A-side.
A complete Valentine’s package.
A darkly sweet confection to counter the unromantic formalism of pop music today.

A Chunklet Industries Release
All Rights Reserved
Manufactured and Assembled in U.S.A.
CHK7057

I want you I want your sin
there’s no returning from the state we’re in
brain damage is kicking in
I’ve got a fever of 110!
Fever Believer!

Featuring Oakland sounds from the Smart Bomb collective and Samplelov.