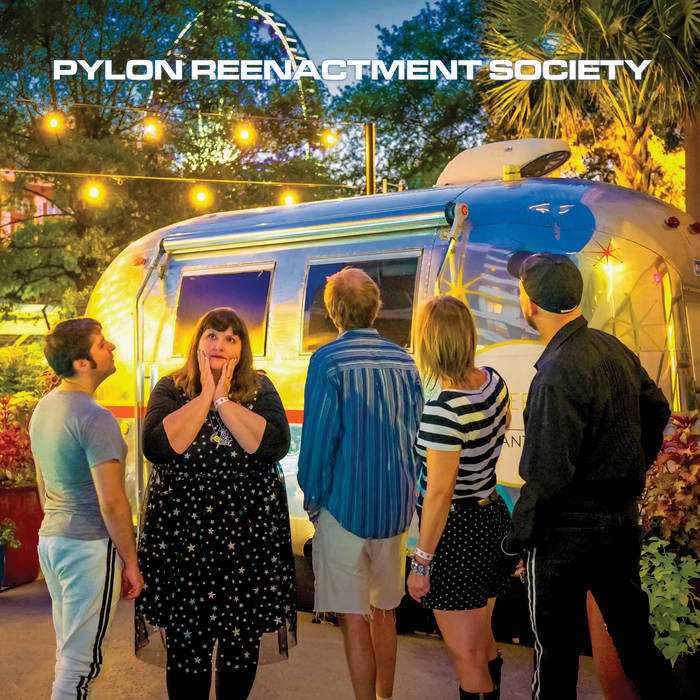 gle2nn A Special Recreation of an Incredible Band!

Agitated_Psykick This new stuff is WONDERFUL!!

You really should do a whole album.

Maya on the Blockchain

Pylon Reenactment Society is fronted by former Pylon front woman Vanessa Briscoe Hay, whose inimitable vocal textures and phrasing defined Pylon’s sound for most listeners. Pylon is considered to be one of the most influential bands at the beginnings of what would become known as the “Athens, GA music scene.” Over 30 years ago, Pylon, along with The B-52’s and R.E.M., were heavily featured in the original feature documentary, "Athens, GA: Inside/Out” propelling them into the international spotlight.

PRS formed in 2014 in what Hay thought would be one-off project for the group to perform for the event Art Rocks Athens. Since then, PRS has turned into a tight touring unit having performed at festivals and venues on both coasts and in the Southeast. In addition to Hay, PRS is rounded out by Jason NeSmith (Casper & The Cookies) on guitar, Kay Stanton (Casper & The Cookies) on bass guitar and backing vocals, Damon Denton (Big Atomic) on keyboards, and Joe Rowe (The Glands) on drums. PRS released a 6-song EP, "Part Time Punks Session" on Henry Owings’ Chunklet Industries to rave reviews.

The two new original songs, “Messenger” and “Cliff Notes,” were recorded and mixed by NeSmith at his home studio; he mastered them at Chase Park Transduction. Adam Smith cut the acetate in Austin, Texas. The single is being pressed by Musicol in Ohio. “Messenger” is a mid tempo meditation on love, war and modern communication. “Cliff Notes” jumps in right in at breakneck speed. The lyrics mix silly dance moves with anti-racist admonitions for the precipice we find ourselves on today. Graphics are by Pylon bassist Michael Lachowski utilizing photography by John Boydston.