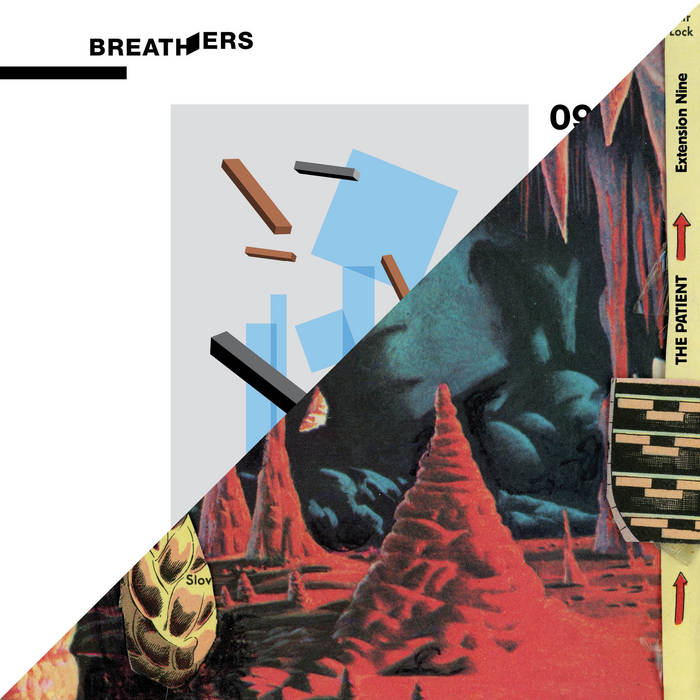 THE PATIENT:
There comes a time in one’s day to day existence where you egg a friend to get something done. Such is the case with The Patient. Started as a collaboration between co-founders of the Elephant Six Recording Company, Robert Schneider (Apples in stereo) and W. Cullen Hart (The Olivia Tremor Control), they’ve recorded for almost 20 years with nothing to show for it. This release changes that. Chunklet’s A&R staff challenged Robert to finish but ONE SONG and “Extension Nine” is the finished product. Recorded in Athens inside a geodisic dome, “Extension Nine” is more Talking Heads than Syd Barrett, accidental more than deliberate. Hart is on guitar and sound effects, Robert on vocals, Ben Mize on drums and multi-instrumentalist/luthier/wizard Scott Baxendale on guitar, Mellotron and all sorts of whirring noises. All recorded at Scott’s studio in Athens. This is their only release. So far.

When it was suggested that The Patient do a split single with Robert Schneider’s favorite Atlanta band, Breathers, everything came into place quite quickly.

Breathers:
"Colony of Taste" is about displacement as a result of urban colonization. It has been an unfortunate trend in the attempt's to "improve" city neighborhoods by accelerating an unattainable commodity-based culture. In result, this only tends to rob an area of its cultural identity as opposed to improving the lives and resources of those who have made it home for decades. The lyrics also acknowledge as a young person of privilege in search of affordable rent, I've haphazardly acted as a foot-soldier of gentrification.
-Lee Gunselman, Breathers

This is a split release with Third Uncle Records.