Strange Secrets Worth Knowing b​/​w It's A Situation 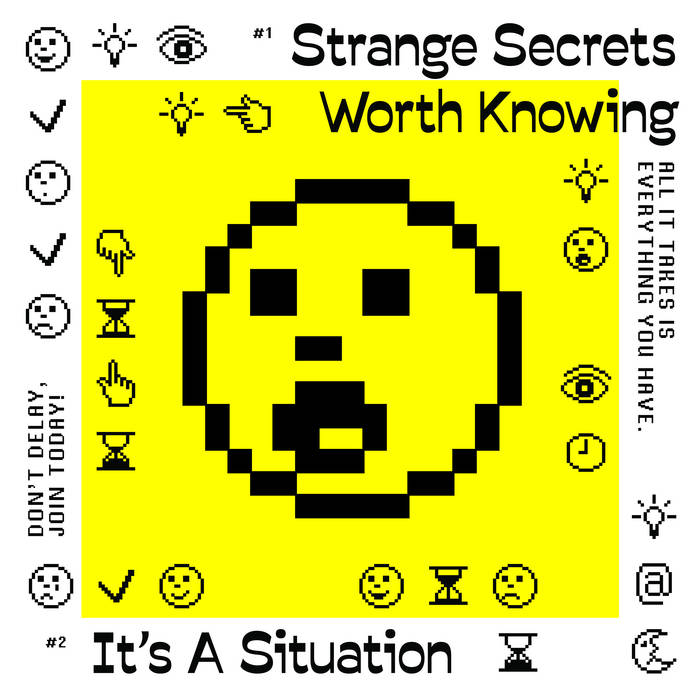 This year has seen enigmatic psychedelic pop band Improvement Movement embark on a sonic expedition and release a series of mysterious singles, each as labyrinthine and whimsical as the last.

Their catalog is, by turns, neurotic and playful. From the kaleidoscopic and mind-expanding “Strange Secrets Worth Knowing,” to the apocalyptic folk song “Power to Choose” — and every track in between — Improvement Movement defies categorization, proving to be as frenetic as it is
thoughtful, as incisive as it is flippant.

The breadth of the band’s sound speaks to the considerable experience of its members, a trio of record producers who started collaborating as members of Atlanta synth pop band Culture Culture before it dissolved last year.

Left with the odds and ends, Anthony Aparo (guitar, vocals), Zach Pyles (keys, synth), and Tim Friesen (bass) started Improvement Movement and shifted their focus to creating and curating a new multimedia art project that would incorporate not only their music, but also the fruit of their forays into visual experimentation and a guerrilla ad campaign in which the band masquerades as either a demented self-help organization or a cable-access cult. Take your pick.

Improvement Movement collaborates with a rotating cast of Atlanta stable musicians like Casey Harper, Robbie Handley and Marshall Ruffin — each a full-fledged artist in their own right — to execute their live shows, which features hypnotic graphic visuals and interactive video to further immerse audience-members’ in the group’s own dream-state.

During the fall of 2018, Improvement Movement plans on debuting its live show and releasing more singles, including a double single on 7-inch via Atlanta’s Chunklet Industries. A handful of songs will also be released on cassette with Athens-based Teen Sleuth, and will be followed by a full-length record sometime next year.

A Chunklet Industries Release
All Rights Reserved
Manufactured and Assembled in U.S.A.
CHK7039