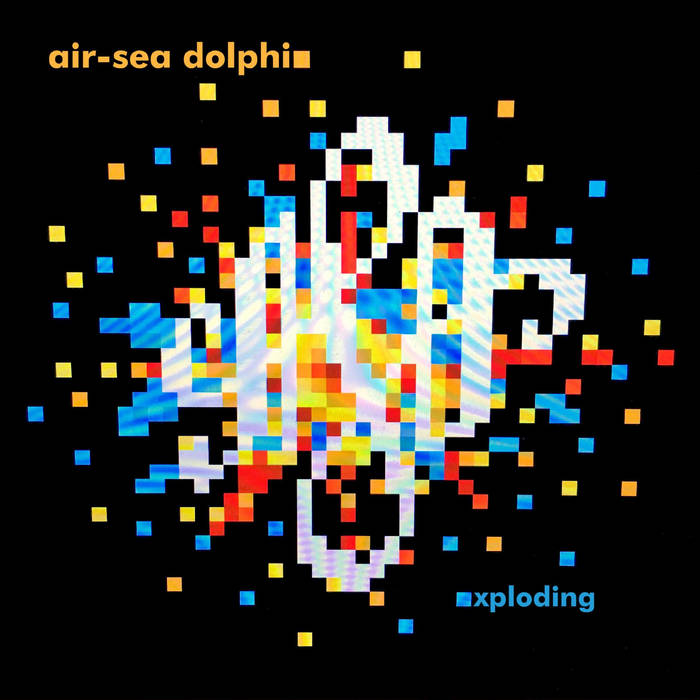 Jason Seiple I've heard multiple live bootlegs and have seen them play once as well, and everything that I've heard so far is awesome! If you love The Apples in Stereo, you MUST give this a listen. You should also see these folks play if they ever come to your town.

Here's hoping for a future full length release by these fine folks, but until then, we have this awesome single. Favorite track: Bells (Song for Geoff W).

A Series of Sevens

When Robert Schneider, leader of The Apples in stereo and co-founder of the Elephant 6 Recording Co., moved to Atlanta to pursue his PhD in Mathematics five years ago, who could’ve predicted that he’d start a new band as well? Air-Sea Dolphin is the combo of guitarist Matt Chapman and bassist Mike Chapman (a.k.a. the Brothers Chaps from Homestar Runner), guitarist Ryan Sterritt and drummer Jamey Huggins (Of Montreal, Elfpower, Great Lakes), with Schneider singing and writing most of the songs. The band plays only very rarely in the Atlanta-Athens area, including an appearance on Adult Swim's Bloodfeast, but their geeky obsessions flourish inside ASD’s micro-universe: four-tracks, fuzz-tones, an Atari-based synthesizer, and even a series of retro arcade games to serve as music videos. Not to mention Air-Sea Dolphin makes wistful, lo-fi pop so catchy it will make your mind explode.

Thanks to our families, Henry at Chunklet, Paul Slocum for inventing Synthcart, Max for video-game coding, Honey Radar, Sloshy, and you.