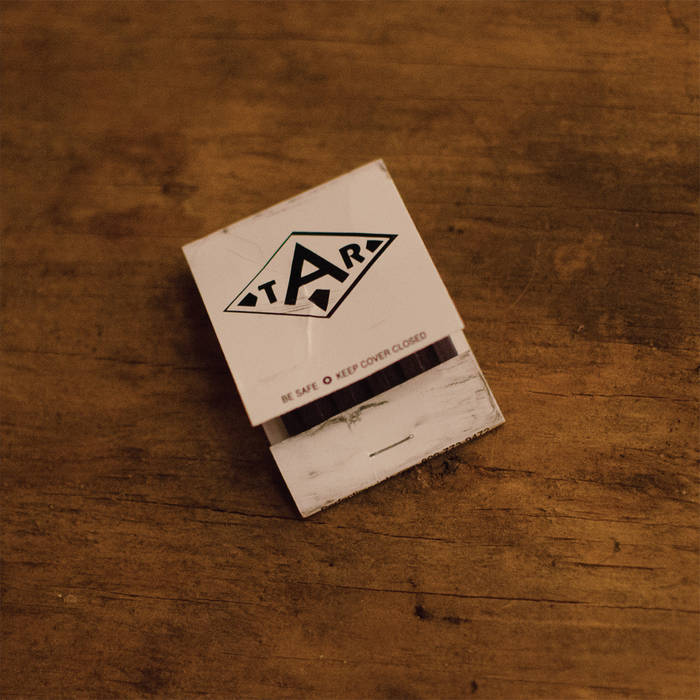 cadejo a beast of a release in unassuming packaging. First knew of this band while reading the biography of the band Craw, and the inspiration and influence are visible. The expansive volume and garage tone of their live sound is incredible, and be not fooled by the 18 tracks on display - this release is, to my count, 66 tracks, including live renditions. a steal of an album

Josh Reineke Nearly 30 years ago, I was browsing the 7" records at a store in Santa Cruz, when I saw a double 7" from Sub Pop of AmRep artists. Stoked to hear Helmet cover the Melvins, I snapped it up. But by far my favorite song on the comp was "Deep Throw" by Tar, who I wasn't really familiar with at the time. Soon I had all there discs (at the time), including many of the songs on the collection here. I bought this double set 10 years ago when it came out but am rebuying it for the digital option. Favorite track: Deep Throw.

What can you say about Tar? They were a band that existed in a very fruitful time for rock music to spin out of punk. When Tar started out in 1988, out of post HC/skate rock outfit Blatant Dissent, there were no eyes on anything remotely underground. You had to know people, or at least listen in on the right conversations, to figure out your ass from your elbow. It was a time when, if you were playing non-mainstream music, you would have to start riots and destroy venues, or smear yourself with shit and eat used tampons to get recognized in the media. When Tar called it a day in 1995, at least two bands they toured with, and five bands with whom they shared rosters on both the Amphetamine Reptile and Touch & Go labels, had signed to majors. What happened in between is history. And history is what we are here to celebrate.
Even in their heyday, there weren’t a lot of bands like Tar, either in their hometown of Chicago or anywhere else. There were bands that had the choreographed stage moves, the short hair, the loud amps, the promotional matchbooks, but few if any could manage what Tar did, which was to create a new, strict, limited vocabulary for rock-based music. Since you can’t spell “guitar” without “tar,” their use in the band went uncontested. They had two really cool ones at that, belonging to deadpan frontman John Mohr and bassist Tom Zaluckyj, forged out of aircraft aluminum, which built one of the foundations of their sound: prolonged sustain, chords that rang out as long as they could hold out. So that was a thing.
The rest of the Tar rulebook worked as such: capture the sound of three guitars playing different notes at the same time, discover harmonious sound in the discord that could erupt from the potential incompatibilities, and no leads, no solos, no posturing. What resulted was an architected noise, completed by Mark Zablocki’s second guitar and Mike Greenlees’ clean, solid drumming (and until 1991, bass guitarist, Tim Mescher) that sat firmly in the midst of the ugly American overkill of Midwestern noise rock, but with eyes on the shimmering expanses of shoegaze from afar. Studio engineers worked with the band to exploit the capacities of this approach; Steve Albini fused the guitar tones together on their 1991 album Jackson, while Brad Wood found synergies in the spaces between them for the subsequent release 1993’s Clincher EP.
Their approach seems deceptively simple, but mindbreaking thought went into how that sound came to be. They had peers in both Savage Republic’s desert psychedlia and Glenn Branca’s and Rhys Chatham’s guitar orchestras, but none of those artists were able to apply those ideas to catchy, driving three-minute rock songs the way that Tar could. When Tar broke up, other bands weren’t citing them as a primary influence in what they were trying to do with their own music. In essence, rock gave up on Tar; bands no longer got beaten up for having someone playing a synthesizer, and the group’s legacy was buried by history.
Tar reunited for local performances in 2012, and to commemorate, longtime fan Henry Owings released a two-song 7” on his Chunklet label featuring session outtakes from the band’s final album, Over And Out. Now, the fruits of their labor can be found in 1988-1995, a double album which dutifully collects all of Tar’s in between moments: 7” singles, splits, compilation tracks, unreleased material, and their entire John Peel Session. These 21 tracks reveal the hidden history of Tar’s progression from mechanized thrash into gracefully strong, peerless rock-not-roll, and that even appearances on tour singles and multi-band collections were reasons to bring their A-game.
Over fifteen years have passed since Tar’s initial demise, and 1988-1995 presents a band due for serious re-evaluation as deafening iconoclasts of independent music.
Doug Mosurock / September 2013